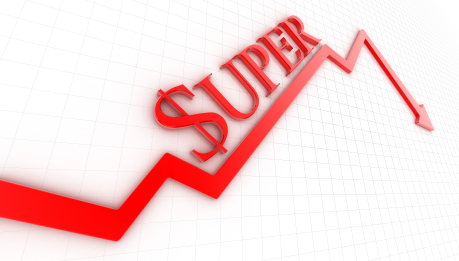 Why have a Self Managed Super Fund?

Not for higher investment returns …

There has been an above trend increase in the number of self managed super funds (“SMSF”) set up recently. Such spurts usually occur when investment returns have been poor. The expectation appears to be that better returns will be achieved with a self managed fund.

But a SMSF offers at least five potential benefits over other super structures:


But not for everybody …

While there are potential benefits of a SMSF, there are some downsides. There are the significant responsibilities and obligations you take on as trustee.

And the costs of running an SMSF can be higher than other structures. Generally, we think it only makes sense to set up an SMSF if the projected super benefits are expected to exceed $1 million (in today’s dollars).

While the Australian Tax Office recommends a minimum balance of $140,000, we think this only makes economic sense if your benefits are expected to grow substantially. Any decision should be heavily based on your expected future superannuation position, rather than where you are now.

Ultimately, the decision to set up an SMSF is quite personal. A cost/benefit analysis is useful but may not be conclusive. Many of the perceived benefits are not easily measured in dollars and cents.

One thing we do advocate is making an early decision. The earlier you choose the right structure, the more chance you have of maximising the benefits.

EnjoyLivingWealthy.Com - Discover How To Create A Truly Wealthy LifeStyle
May 25, 2009 3:36 am

[…] original here: Why have a Self Managed Super Fund? : : Wealth Foundations Articles Leave […]

[…] Why have a Self Managed Super Fund? : : Wealth Foundations ArticlesA smart investment strategy that defers unrealised capital gains until the pension phase can add up to an estimated 0.5% p.a. to your after tax investment returns. Improved Cash Flow Management. With transition to retirement pension … […]

Quote: “This can be important in matters such as estate planning. Imagine if you had managed your affairs to take advantage of the pre June 2007 $1 million contribution opportunity, only to die in July 2007. With any structure other than a SMSF, the third party trustee would in most cases transfer your funds out of the super environment.

However, with a SMSF the trustee (usually your surviving spouse) could retain the benefits within the fund, allowing for a pension to be drawn offering potentially huge future tax savings.”

In ALL cases the trustee will retain benefits within the super environment as long as the member has structured the investment in the correct manner. ie. super with a BINDING DEATH NOMINATION or pension fund with REVERSIONARY BENEFICIARY. Of course, not all fund managers offer these options and not every member structures everything correctly. The same is true for a SMSF though.

Thanks for your comment Adrian. Your comments are valid, however a binding death nomination will not help to retain super death benefits within the super environment. Its purpose is to ensure that the trustee cannot utilise its discretion in who to pay the death benefits to.

If you died with $1m of super benefits in the accumulation phase with a binding death noimination to your spouse, and the trust deed stipulates that death benefits will be paid as a lump sum, then your spouse will receive $1m in cash. Which is then difficult to get back into the super environrmt. However, if the trust deed allows for the death benefits to be retained in the fund and offers the spouse the right to choose to take it the benefits as a pension, then the benfits can be retained in the tax friendly environment.

The SMSF trust structure allows for this flexibility. There are other alternatives out there that offer this, however they do not offer you the benefit of becoming the trustee of your fund. Being trustee provides you with a lot more flexibility for managing your benefits. You do not have to set up arrangements to over ride the trustee – it is you. You therefore do not have to commit to binding nominations or reversionary pension options unless they are relevant to your circumstances.

Avoid the seven sins of SMSFs – go to http://bit.ly/g5Nl1u

[…] investment advisers and accountants who provide advice to self managed super fund clients insist on investing in shares that pay fully franked dividends. We’re not sure why. […]