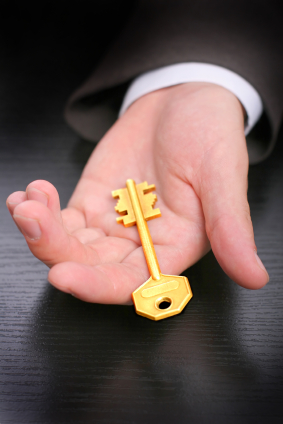 The Golden Rules of Investing

When it comes to investing, there is an inordinate amount of information and opinion that is freely available. Most people have an opinion about the direction of the economy, markets, which asset classes or sectors will do best, and which specific securities will out perform. And most of these opinions are supported by valid reasoning and sometimes by informational “evidence”.

But how helpful is this when investing?

While this advice may appear a little trite, it is amazing how many people invest without any long term strategy or rules. We think it’s because:

Common logic given for the shift from shares to cash throughout 2008 was that share values were falling and cash rates were better. This apparently rational reasoning was given more strength because it was strongly correlated with investors’ emotions at the time.

But how useful is this reactive reasoning in a strategic sense? Could you rely on it for managing your wealth over the long term?

Let’s have a look at the rules that flow from this reasoning:

That seems relatively clear but it’s not really specific enough. To be a practical set of rules, you need to specify the period that will be used to measure recent past performance. So, for the sake of adding clarity, let’s add a fourth rule:

You also need to consider how often you want to trade. If the past 12 month performance of cash and shares fluctuates month by month, then you’d be up for some sizeable trading costs. So, to avoid excessive trading, we’ll add two final rules:

So, now you have some practical investing rules derived from some commonly accepted reasoning.

It’s not just a matter of following the rules, you also need an intelligent set of rules.

We tested the above rules, using the two asset classes of cash and Australian shares (S&P/ASX 300 Accum. Index), over a 29 year period. We compared this approach to a more traditional buy and hold approach. We constructed the comparison so that both exposures exhibited the the same level of risk for the tested period, (as determined by the level of volatility).

The results are shown in the graph and table below:

Over the 29 year period, you would have been 40% worse off by implementing the rules based on recent past performance. This loss of wealth has nothing to do with taking more or less risk; it comes down to the application of poor investment rules over a long period of time.

While reasoning and opinion are powerful and emotive drivers, they often lead to investment results that are far from optimal. Actions are generally driven by popularism and emotion.

It’s important not to let the plethora of information and opinion take precedence over the disciplined application of an intelligent investment strategy. Seasoned investors rarely credit their investment success to opportunism or striking it lucky. Rather, it’s about having a smart, long term strategy and sticking to it.

A good adviser can help you build a sound strategy that suits you. They will provide you with an intelligent set of rules (based on rigorous research) and they will help you to implement those rules over time.

The lifetime cost of ignoring the three golden rules can be substantial.