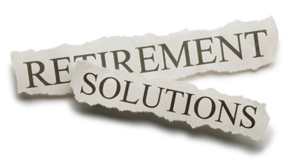 If you’re planning on maximising your super contributions, it pays to be vigilant when managing and implementing your strategy. There can be a nasty sting in the tail if you’re not careful.

Under the old rules, your employer policed the level of pre-tax contributions they made to your super. They had a tax incentive to make sure you did not breach your pre-tax contribution cap. If the limit was breached, they missed out on the deduction. There was no penalty to you.

Since July 2007, your employer is no longer responsible for monitoring contribution caps. The responsibility has shifted to you and along with it comes some onerous penalties for breaches.

The following is a real example that demonstrates potential pitfalls.

On 18th July 2007, Ross commenced work with his new employer. It was agreed that the maximum pre-tax super contributions would be made on his behalf. Prior to the end of the 2007/08 year, Ross also chose to make the maximum annual after-tax contribution of $150,000 to his super account.

A summary of his contributions and the respective limits are shown in the table below:

All looks fine. Ross has implemented his strategy within the required limits.

In July 2009, Ross receives a notification from the ATO stating that he has beached his pre-tax limit for the 2007/08 year. The penalties are substantial.

Ross did not realise that his previous employer was obliged to make one final Super Guarantee contribution to his super account. This contribution of $900 was received by his super fund in July 2007. While only a relative small amount it had some nasty tax consequences.

Rather than apply penalty tax to this breach, he is deemed to have elected to use the “bring forward” rule in 2007/08. This means that he is restricted to making no more than $450,000 of after-tax contributions in the three years to 30 June 2010. The resulting revised limits and contributions are shown below:

Many breaches only come to light a year or two after the event. The ATO has finished assessing taxpayers’ contributions for the 2007/08 year. It will be some months before they complete the assessments for the 2008/09 year.

Unfortunately, this leaves some uncertainty for those planning to maximise their super contributions in 2009/10. Given the potential consequences, a little caution may be warranted.

This issue needs to be addressed by the ATO. It doesn’t seem fair when you inadvertently brach the cap. Particularly if its not picked up until well after you can do anything about it.

I found these 2 examples of people inadvertently breaching the cap – tough medicine!

The ATO commented that:

o discretion is taken on a case by case basis and can only be taken when an assessment of Excess Contribution’s Tax (ECT) is made;
o ECT is a tax and not a penalty;
o If discretion is not exercised a person dissatisfied with the decision may request a review.

During the discussion in the meeting it was agreed that there was no suggestion that the error was caused by ignorance of the law, poor advice, or a misunderstanding of the tax consequences. There was, however, a clear intention to bank the relevant cheque in July, thus the mistake being a cheque being banked incorrectly.

In this example the ATO declined to exercise its discretion. The ATO provided further explanation saying that they have no firm view on mistake and restitution in the context of superannuation contributions. Further, the ATO is currently considering the effect of clauses within superannuation fund trust deeds that may allow the return of contributions.