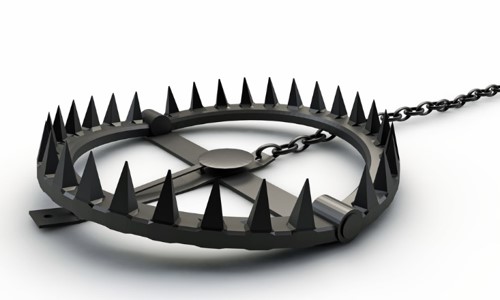 By your late 30’s, your decisions may have significantly shaped your financial future

In a previous article, “ ‘wealthcheck’ and retirement preparedness”, we used the “wealthcheck” framework to compare the financial vulnerability of two, apparently similarly placed, pre-retirees. We also claimed that the framework was just as applicable to assessing the financial soundness of early accumulators.

To demonstrate, this article compares the situation of two (fictitious) couples, the Blacks and the Whites, who are both successful young professionals and 27 years away from their nominated retirements. While retirement seems a long way off, the “wealthcheck” framework reveals that financial decisions made at this stage of life can significantly limit future financial flexibility and, perhaps, make you unnecessarily vulnerable to financial disappointment.

The “wealthcheck” inputs for each couple are provided below:

Both couples currently have the same after-tax household incomes and, while it’s not immediately apparent, the same current net worth (see below). They also have chosen the same target asset allocation – 60% growth assets / 40% defensive assets – to be achieved by retirement. But in most other respects, they are financially very different.

For the Whites, the “wealthcheck” key financial indicators, discussed in recent articles and calculated from the above inputs, are shown below. Relevant comments are also provided:

At this stage of life, it’s not surprising that net investment wealth is negative. A nice home has been recently purchased, requiring a large $1.1 million mortgage. But even after planning to spend $0.5 million on a renovation within the next five years, expected future savings (i.e. Future Capital) of $4.05 million will enable the mortgage to be repaid and significant investment wealth to be accumulated.

While the current tax effectiveness ratio is low due to the fact that most of the Whites’ wealth accumulation is ahead of them, the majority of their investment assets are held in super. Once the mortgage is reduced, it’s intended to direct most of expected savings to the super environment.

Despite a traditionally measured growth asset allocation at a seemingly high 91.7%, our measure (that adjusts for borrowings and future savings) is a very low 8.5%. Most of the Whites’ projected lifetime investment wealth is yet to be realised, providing them with the opportunity to gradually raise their growth asset allocation over an extended period (i.e. to spread their risk taking over time).

It also means that any major near term set back in growth asset markets should be viewed positively by them. Only a relatively small proportion of their projected investment wealth is exposed to market falls, with large future savings available to take advantage of the lower prices.

However, the Blacks’ “Key measures” report, shown below, suggests some vulnerabilities and, potentially, unrealistic expectations.

As for the Whites, their current net worth is highly skewed to lifestyle assets. But they also want to spend about $25,000 p.a. more (or save less) than the Whites, both to and post retirement, and $250,000 more than the Whites on renovating their more expensive home in the next five years.

Currently, only $250,000 of $1.35 million of investment assets is held in super, with the residual comprising primarily an investment property that was originally bought as the Blacks’ first home and retained when family circumstances dictated a larger residence. The need to reduce (largely non-deductible) debt will limit their ability to direct future savings into the tax effective super environment.

Traditionally measured, the Blacks’ growth asset allocation is a high but on the face of it, given their life stage, not concerning 88.6%. Adjusted for debt and future savings the measure is 53.4% and compares with a target growth allocation of 60%. This implies that despite being 27 years from retirement, the Blacks can only add a maximum of 6.6% of Projected Lifetime Investment Wealth (i.e. about $120,000) to growth assets without undesirably breaching their chosen target growth asset allocation.

By taking on so much debt to purchase their current residence and retain their previous home as an investment, they have effectively brought forward most of their lifetime allocation to growth assets. Unwittingly, they have taken one very large (and concentrated) growth asset bet that may make or break their financial future.

Unlike the Whites, the Blacks are very exposed to a near term and sustained fall in growth asset markets. The value of their investment wealth will fall heavily. But they have limited capacity to take advantage of lower growth asset prices without going well above their risk tolerance, implicit in their 60% growth asset allocation target.

In summary, the Blacks have lifestyle expectations and an investment “strategy” that is inconsistent with giving themselves the best chance of achieving financial independence. Their “Summary observations” report, shown below, suggests that their retirement expectations “may require some rethinking” as, based on the assumptions, their Projected lifetime Investment Wealth falls well short of that required to support their desired retirement spending.

“wealthcheck” provides a call to action

The Blacks probably wouldn’t like the conclusions that we draw from their “wealthcheck” report. Most people, in similar positions to them, would think they’re doing pretty well, oblivious to both their unsustainable lifestyles and their poorly structured investment risk taking.

But provided financial independence is a sufficiently important objective, the good news is that with some hard decisions and relatively modest changes in lifestyle the Blacks have time to get themselves into good financial shape. “wealthcheck” provides both a “call to action” and guidance regarding the changes that need to be made.