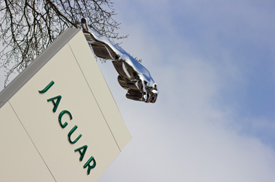 “For those with taste, not just money”

A tasteless ad that may be loose with the truth

The title of this article is the “headline” for an advertisement for the 2012 Jaguar XJ and XK that recently appeared in “The Sydney Morning Herald”. As though the headline wasn’t tacky enough, the copy goes on:

“While most luxury cars tell the world you have money, only a Jaguar lets it know you also have taste.”

It is rare that an advertisement so directly links a luxury good with money and, by implication, wealth. Most only allude to a link between the purchase of luxury cars, clothes, watches, holidays etc and economic success.

However, if the research on the behaviours of US millionaires by Dr Thomas Stanley, author of “Stop Acting Rich … and Start Living Like a Real Millionaire” is applicable to Australia, the relationship between luxury good purchases and real financial wealth is, if anything, inverse i.e. the more luxury goods you purchase, the lower your net investment wealth is likely to be.

In particular, he notes that:

Stanley defines millionaires as those holding more than $1 million in net investment assets. The family home and other lifestyle assets are excluded from this measurement, as they are seen primarily as sources of consumption rather than avenues to true financial independence.

In a chapter of his book, called “The Road to Happiness”, Stanley examines in more detail the link between luxury car purchase and financial wealth. His conclusions are enough to drive the marketers to drink – the finest money can buy, of course.

He notes that in the US “86% of all prestige/luxury makes of motor vehicles are driven by nonmillionaires”. His conclusion is that a lot of prestige car purchasers are acting rich, rather than actually being rich.

He acknowledges that many prestige cars are purchased by those he calls the “glittering rich” (i.e. the super wealthy) and those on high incomes (who also may not be as wealthy as they appear and are described by Stanley as “income affluent”). But many more are pedalling hard to meet their kids’ school fees, their mortgage payments and the lease payments on their expensive motor vehicles, convinced that economic “success” is measured by the things you acquire rather than the size of your bank balance. These “aspirationals” don’t realise that 94% of real millionaires purchase their cars outright, rather than lease them!

The reality is that prestige motor vehicles are a significant drain on your wealth and an impediment to achieving true financial independence. For a client who wishes to acquire and maintain a $200,000 equivalent motor vehicle for the rest of their life, we would allow for an annual cost in today’s dollars of about $30,000 p.a., comprising:

On the top marginal tax rate, this implies about $56,000 p.a. of pre-tax income must be dedicated to owning, maintaining and replacing the car on an ongoing basis. Alternatively, given our rule of thumb that it requires a capital sum of about 25 times a desired annual expenditure to maintain that expenditure indefinitely, the $200,000 motor vehicle implies a commitment of about $750,000 of your net investment wealth!

To justify allocating $750,000 of your wealth to such a prestige car requires you to either be very wealthy or place a low priority on achieving financial independence.

The aim of marketing is to separate you from your hard earned, by coaxing you to respond to a need or want, either real or created. Luxury goods marketing aims to create the impression that by purchasing the “right” products, you will demonstrate that you are a “success” and/or possess excellent taste.

Unfortunately, most purchases of luxury goods are made in anticipation of becoming a financial success, rather than as a reward for it. While some short term satisfaction may result, the purchases come at the expense of progress in building real financial wealth.

If achieving financial independence is important to you, unless you are “glitteringly rich” it is critical that you resist the marketers’ hyperbole that you should spend $195,000 on a car to show the world that you have both money and taste!

I have been meaning to comment on how useful I find these articles and appreciate the effort gone into them. They are informative, balanced and well researched.

This one on luxury cars, I couldn’t agree more with. Well done and thank you.