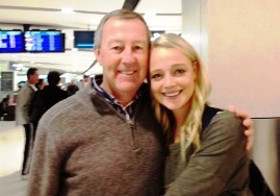 As a parent, I have always been concerned that my children develop good money habits and understand at least the basics of finance. Secondary school didn’t teach them what they needed to learn and, realistically, most 13-18 year olds are not that receptive to the “magic of compounding” and thinking about how they may want to live the rest of their lives!

But, even as a financial planner, I have never sat my three daughters down (who are now aged 27, 25 and 21) with the intention of downloading all I think they need to know about personal financial management. My intuition told me that it wouldn’t be an effective way of getting my message across. Rather, I have taken advantage of teaching moments, whenever they have arisen in response to day to day questions they ask or matters they raise e.g.:

My elder daughters have now been in the work force for a number of years and have moved out of home (renting, not buying). It is apparent that past money lessons were well heeded and my counsel continues to be regularly sought.

But youngest daughter, Kate, recently (over) enjoyed a five month holiday to Europe and the USA. While she saved aggressively for the trip, her budgeting left a little to be desired and parental financial assistance was reluctantly sought and reluctantly provided. Returning in November, living at home, in debt and without employment, there was some concern that the financial wisdom I had dispensed may have fallen on deaf ears.

A personal finance strategy for a 21 year old

Since then, however, there are good signs that these concerns were unfounded. In December, Kate got her first full-time job with an e-commerce and digital consulting company. She has begun to repay her debt to us. And, better still, recently Kate and I had a dinner together that she seemed determined to make a great teaching moment. The rest of this article covers some of our discussion (with her permission).

Kate asked a number of interesting questions that led to some long winded answers (that I have abbreviated here), including:

1. How much do normal people spend?

I explained that there is no “normal” amount that people spend and you shouldn’t base your spending on what anyone else is doing. What you can spend over a lifetime is ultimately constrained by what you earn (after-tax) over your working life. And the more you spend now, the less you will have in the future. If you’re spending more than you’re earning, you’re going backwards.

2. How much is the age pension?

Kate was clearly wondering whether she could spend all she earned and survive on the age pension when she retired! I told her the maximum was about $30,000 p.a. for a couple and $20,000 for a single person and you currently couldn’t get it until you turn 67. Given longevity issues and budget pressures, this age is likely to rise. I think Kate concluded that the pension would not keep her in the manner to which she had become accustomed;

I referred her to a previous Blog article but suggested she would need to save around about $1.5 million, in today’s dollars. Because of inflation, the actual amount would increase each year. I also asked whether the $60,000 included an allowance for renting or was it to be assumed that she owned her home, requiring additional saving and an ongoing allowance for house maintenance. Rather than being overwhelmed by the enormity of the task, I was pleased with her next question.

4. What should I be doing with my money now?

I suggested that what she should think about is where she would like to be in 10-15 years and what would need to happen to give herself a good chance of getting there. Her best “investment” may be to acquire new or upgraded skills that would give her the opportunity to increase her income and lifetime wealth. I also cautioned that she would most likely be happier pursuing a passion rather than money for its own sake, but a blend of both is achievable.

Regardless, she should employ the practice of “paying herself first” i.e. committing pre-determined amounts of her regular pay to a saving/investment strategy, with the residual for living purposes, rather than spending whatever she wanted and saving the residual. In keeping with this approach, any salary increase should be largely directed to saving rather than to a higher lifestyle that will require more wealth to sustain.

And, she should make sure her most valuable asset  – her ability to earn future income – was well insured against a major disability. This necessitates putting in place high quality income protection, with benefits payable, in need, to age 65.

Getting down to specifics, that are entirely based on Kate’s circumstances and should not be construed as advice for others, she agreed to the following actions as first steps:

It’s never too early to start building your financial future

While this basic strategy may or may not be faithfully implemented, it’s heartening that all three daughters understand that the future they want is not likely to happen by accident or handed to them on a platter.

It’s often said there is nothing certain in life, but one thing that has a very high probability is that the longer you postpone preparing for and protecting your financial future the more you are going to have to compromise on what it may look like. Some straightforward money maturity adopted from age 21 can make a world of financial difference by age 35 and beyond.

John, a wonderful article brimming full of your usual wisdom. Thank you