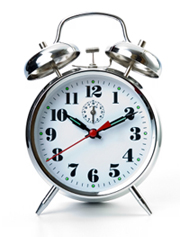 Years ago at a foreign exchange course we were asked to participate in a practical simulation game. Prior to commencing the game one of the participants had a moment of clarity.

Participant: “So, what you’re saying is that we should buy low and sell high?”
Organiser: “Well … Yes.”
Participant: “Oh, that’s easy!”

What seems so easy in theory is anything but in practice. It’s a valuable lesson which few learn until late into their investing lives. Timing your entry and exit from a market is an appealing concept that seems a simple and smart way to add value.

What is it that makes it so difficult to turn this theory into reality?

While the market consists of a series of trends (up and down), it is rarely a straight path between the top and bottom. This adds significantly to the degree of difficulty of the task. There are always minor trends within each major trend and this makes the task of distinguishing between minor and major turning points a tough one.

Unfortunately, no one rings the bell when a major turning point occurs. More often than not, it is months later that we identify the end of a trend. By then, the value of the market timing strategy is significantly diminished.

A successful market timing strategy requires you to reliably predict both turning points. If you intend to exit the market, you need to determine your strategy for re-entering. Choosing the time to re-enter is as difficult a task as choosing when to exit.

Consider the attached chart showing recent movements in the Australian sharemarket since about May 2007 and the difficulty of the market timing strategy. 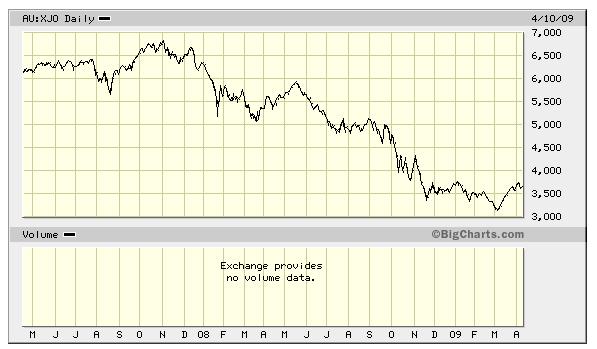 The first sign of a turning point was in August 2007. With hindsight, we know that the market had a little further to run, but would you have acted on this turning point?

Unfortunately, hindsight is a something we never have when we make a decision. Try putting a piece of paper over everything to right hand side of the chart and reveal it gradually. This gives you a better understanding of the difficulty of knowing what will come next.

Let’s assume you acted in August 2007 and exited at around 5,750. How would you be feeling as the market broke through 6,500 at the beginning of October?

With the market at 6,500 and rising, you risk missing out on further upside so you choose to buy back in.

You now have 13% less market exposure than you had 2 months ago!

The market then starts to fall in November but this time you’re not fooled. It rebounds in December confirming your decision. The falls in January concern you but the month finishes at levels around 5,750 (where you previously “foolishly” sold out). You hang in through February but then March shakes you out.

You’re now convinced that the market has turned and is on the way down. You sell out in mid-March at 5,200. You are now five months past, and 22% off, the peak.

The market then recovers through April and May to get back to near 6,000 points (or 15% higher than your exit).

It’s a tougher game than it seems. While you may have been “right” with your general prediction of a turn in the market, you haven’t managed to profit from it. In fact, had you chased the market back in during May you would have given away up to 30% of your wealth.

Making the decision to enter or exit is easy, but you should never make it without setting clear rules as to how to manage your position once you’re in (or out).

For a mathematical comparison of the two approaches see “Is there value in trying to time your entry and exit from the market?”

While this approach is a scientific leap forward in improving investor outcomes, it requires a different attitude to investing. It requires an investor to take a long term view and have the courage and discipline to maintain their risk exposure through all market conditions.

Despite the appeal of market timing, there are much smarter strategies available to manage your money.