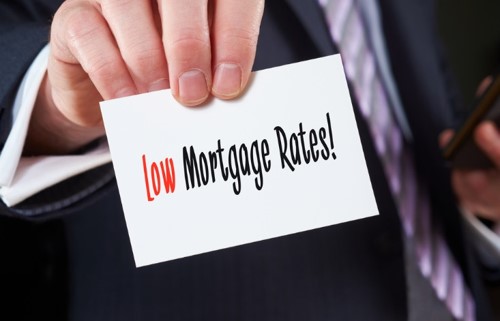 We have discussed housing affordability, either directly or indirectly, in a number of previous articles e.g. “Are Australian house prices too high?” of August 2012. Our view of almost three years ago was that housing prices then were incompatible with the average 35 year old being able to purchase a home and save sufficient to finance a desired retirement by age 65.

We never predict the direction of housing or any other asset prices – at least in this area, we know what we don’t know. But we shake our heads in amazement as house prices continue to rise, particularly in Sydney, while income growth flattens further exacerbating the already unsatisfactory situation identified in August 2012.

And one factor almost certainly driving house price growth is the oft-repeated claim by “experts” that interest rate reductions mean that home loans are as, or more, affordable than they were in the 1980’s (see, for example, “New research shows Sydney property more affordable than 26 years ago”, an article in “The Sydney Morning Herald” discussing research by BIS Shrapnel and “Housing affordability”, an extract from “Myth Busting Economics”, a book by private sector economist, Stephen Koukoulas).

The argument essentially is that although median house prices are now about five times annual income compared with approximately three times income in the 1980’s, requiring a proportionate increase in housing loan size, this has been offset by the fall in interest rates. As a result, actual loan repayments, as a percentage of income, have not changed greatly. Koukoulas concludes:

“…it has never been easy to get into the housing market for the first time or to upgrade to a nicer house, but it is no harder now than it was in the past.”

Many are seduced by this logic, particularly since it often reinforces an existing affinity to residential property as an investment. But our view is that the logic is badly flawed.

…But the “experts” are suffering from money illusion

The implications of inflation for affordability are significant and, if better understood, would almost certainly change decision making. The rest of this article attempts to make this more concrete.

The chart below compares cumulative real loan repayments for each scenario: 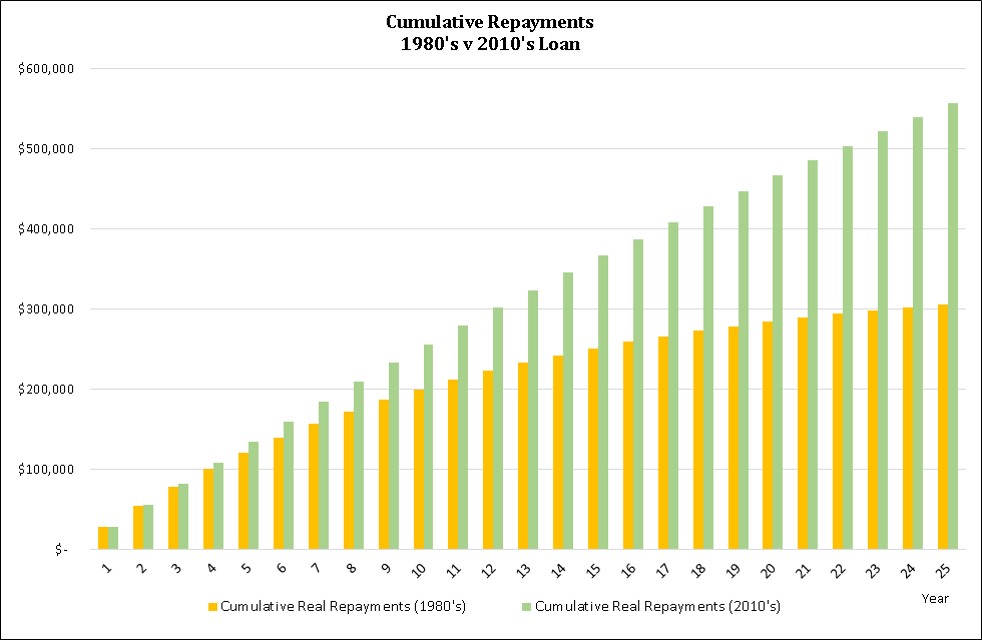 Total real repayments are expected to be $557,400 for the 2010’s scenario compared with $306,200 for the 1980’s Scenario i.e. a massive 82% higher. Together with the need for an additional $40,000 deposit, the 2010’s borrower should expect to commit much more of their real incomes to house purchase than the 1980’s borrower, leaving commensurately less to direct to other spending and saving for retirement.

Unfortunately, it’s going to take a while for the penny to drop for borrowers in the current housing market. If current inflation expectations prove roughly right, mortgage commitments will remain a real burden for much longer than they were probably expecting and much longer than experienced by baby boomers in the 1980’s.

Housing has never been less affordable

And based on current house prices relative to income and inflation expectations built into current home loan interest rates, house purchase will consume much more of households’ future income than it ever has in the past i.e. in this sense, housing has never been less affordable.

Unless saved by dramatic falls in real interest rates and/or a sharp acceleration in actual inflation, the term “mortgage slave” has never been more appropriate to describe those who are borrowing heavily to purchase a home in today’s market.