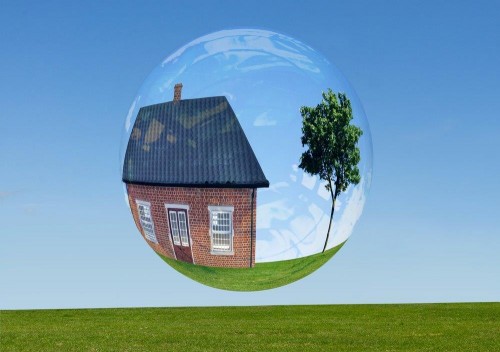 Is there a “house price bubble” when over 50’s are borrowing to buy investment property?

We have previously discussed what we consider to be the significant risks associated with increasing numbers of baby boomers borrowing to invest in growth assets, particularly residential investment properties. But it is apparent that the major risks that concern us are not even on the radar of some of the residential property “experts”.

A recent Blog article titled “Australia’s So-Called ‘House Price Bubble'” by John Edwards, founder of residential property researcher, Residex, supports this view. In the article, Edwards explains that while the ratio of median Sydney house prices to median income is 8 times – “extraordinarily high based on historical data” – this is not indicative of a “housing bubble”.

Why? Because the buyers of residential property “are no longer median income families”. He asserts that “buyers of house and land are now second and third time housing buyers, with income levels which are much higher than the median income wage”.

Later in the article, Edwards explains that

“…a market bubble exists when there is very significant growth in asset values and that growth is driven by borrowings. In more general terms it is driven by greed and lack of careful thought by both lenders and borrowers. It is excessive bank lending which allows leverage and preparedness by borrowers to pay unreasonable prices for property.”

He considers that there is nothing to suggest that we are currently in this situation. He observes that:

“The driving force behind the growth in values seems to be existing home owners who have reasonable levels of income and assets to support their property purchases which are likely investments. In this situation the lenders can be more aggressive due to the capacity of the borrowers to meet their obligations.”

Unlike Edwards, we think the described behavior epitomises both poor borrowing and lending practice and, using his explanation, describes a “bubble”.

Good banking practice dictates that a loan should be capable of being serviced (i.e. both loan and principal) from expected cash flow. Security (e.g. over the investment property and/or the borrower’s home) is only a second line of defence, in case something goes wrong. This is essentially the approach banks adopt when making loans to first home buyers.

However, many of the property investors Edwards describes are almost certainly baby boomers and over 50 years of age. Their retirement intentions will make it unlikely in most cases that there will be anywhere near enough expected cash flow from savings and net rental income prior to retirement to fully service borrowings on newly acquired investment properties.

Even with nothing untoward happening, in order to retire at their desired date the borrower will often be forced to sell the investment property to repay the associated borrowing. In our view, placing yourself in this position constitutes price speculation or gambling, rather than investment. If house prices go up, you win. If they fall, you lose, with potentially negative cash flow along the way and some tax deductions.

In this situation, lenders are like casino owners, facilitating the speculation and taking a cut along the way. Given that the loans are, in most cases, secured by both the borrower’s investment property and unencumbered or lowly geared residence, the lender is unlikely to ever lose money (except in disastrous circumstances). But it’s not best lending practice and may end in at least reputational tears for the banks.

It was only a few years ago, in the wake of the Storm Financial disaster, that banks were heavily criticised for making loans to borrowers, relying heavily on the equity in their homes rather than ability to service from cash flow. These loans were then further geared up using margin loans to purchase Australian managed share funds.

When share markets fell and margin loan calls were made, inadequate cash flow meant that banks resorted first to the share funds for repayment and then to the borrowers’ homes. In many cases, borrowers were forced to sell their homes and some were left with nothing or still owing money.

The parallel with baby boomers borrowing to purchase investment properties, using the equity in their homes to obtain loans to purchase assets that could never be justified based on expected cash flow, is rarely made. But while such borrowers will not be forced to maintain loan to valuation ratios should house prices fall, as for margin loans, the banks are again facilitating sometimes massive risk taking by borrowers knowing they are well secured.

As defined by John Edwards, we think there is a “house price bubble”

Our primary concern regarding such debt financed property speculation is the consequences for both the baby boom “investors” and the economy if the bet turns sour. What if property prices fall by 25% over the next 5-10 years, rather than continue to rise as borrowers assume they will.

In many cases, properties will either need to be sold at losses or retirement plans postponed so that borrowings can continue to be serviced. For many, should they not be able to work or only work at reduced incomes, they may not have any choice in the matter.

In our view, debt financed residential property investment by baby boomers is a high risk strategy that is based on the belief that prices always have and always will rise. There is little “careful thought” given to downside risk. Lenders have chosen to neglect best lending practice (i.e. to “be more aggressive”) to maintain short term profits because they believe they can’t lose. According to John Edwards, such behaviours would be consistent with “a market bubble”.