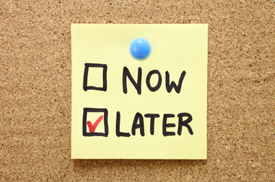 A high income does not imply high wealth

In our previous article, “Household income and wealth in Australia”, we examined the progress toward financial independence being made by the wealthiest 20% of Australian households, with wealth measured alternatively by household net worth and household gross income. We found that the net worth measure of wealth was a better indicator of current financial independence than was household gross income.

This article examines some key differences in the characteristics of the wealthiest 20% (i.e. the top quintile), as measured by both household net worth and gross income, and also provides a comparison with the total population. It will provide some confirmation regarding what needs to happen to ensure that a high income converts to high net worth and, potentially, financial independence.

The table below shows the average values of selected characteristics for the top quintiles by household net worth and gross household income, compared with the total population:

It is less obvious (to us, anyway) why a higher percentage of the top net worth quintile lives outside a capital city than does the top gross income quintile. Perhaps this reflects lower incomes outside the capital cities, more than offset by less expensive lifestyles, leading to higher net worth.

The statistics suggest that for high income households to also become high net worth households they need to place priority on building income sources that are not reliant on personal exertion (i.e. from wages and salaries) and reducing their mortgages. To see whether such behaviour is occurring, in the table below we examine identified major outlays as a percentage of income for the top net worth and gross income quintiles and the total population.

The table indicates that the highest gross income quintile looks much the same as the total population in terms of repaying debt and building up superannuation. There is no apparent emphasis on eliminating mortgages or focus on super as an alternative future income source. In contrast, the highest net worth quintile is allocating considerably more to superannuation (and life insurance), despite the fact that on average these households are already better placed on our measures of financial independence.

A high income does not automatically convert to high net worth which itself is not a guarantee of financial independence. The analysis conducted in our previous article and above suggests that households in the top gross income quintile, on average:

As touched on in an earlier article, it may be that financial independence is not currently perceived as an objective worth pursuing, particularly by the highest 20% of income earning households for which the average age of the “reference” person is 45. It may be that for many the desirability of working by choice, rather than necessity, simply has not yet been considered.

Unfortunately, the longer the delay in taking a decision to pursue financial independence and implementing appropriate action, the more dramatic are the likely required changes in lifestyle expectations to achieve the objective.