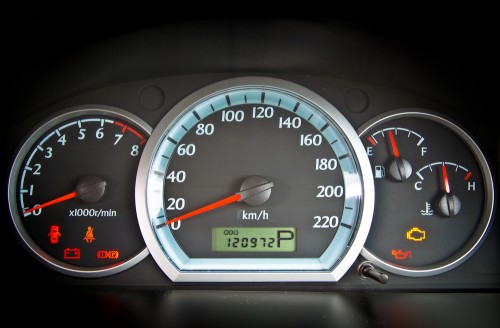 Most of us would like to have enough money in the form of investments so we could choose whether and how much we want to work and still afford the lifestyle we want. We call this financial independence.

But while financial independence is a great goal, a big problem is that it’s not simple to work out how you get there or even to know when you’re there.

In August 2011, we introduced an early version of the “Personal Financial Scorecard”, a graphical format that records a client’s progress and current position on some key indicators of personal financial independence. At that time, the “Scorecard” was, admittedly, fairly experimental.

We were attempting to capture the “essence” of what financial independence looks like. In developing the concept, we asked ourselves what were the critical financial measures required to quickly assess with a high degree of reliability where an existing or potential client was on their path to financial independence.

With almost another three years of using the “Scorecard” behind us, our confidence in the validity of the original chosen measures has only increased. We haven’t seen the need to add or subtract, with some minor refinements added to the graphical format to tell a powerful financial story.

A version of our latest format is shown below for Mr and Mrs Johnson, a real, longstanding client (of course, we have not used real names):

Refinements since August 2011 include:

In the remainder of this article and for the next five, we focus on each of the dashboard charts in turn and explain why the measures are key indicators of where you are on the path to your version of financial independence. Once you know where you currently sit relative to each benchmark you will know what you need to do to move closer to financial independence.

Chart 1 of the Scorecard, shown in more detail below, provides a record of how the Johnson’s net worth and net investment wealth has changed historically and, given agreed assumptions, how it is projected to change in the future:

Net worth is the total of everything you own (e.g. residence, cars, superannuation, shares, bank accounts etc) less what you owe (e.g. loans, credit card debt, tax owing etc). It is the measure of your total wealth – how much money you would have if you sold everything and repaid all debts.

While some of this extraordinary growth has been due to positive investment performance, most is due to the Johnsons realising that they needed to change their savings habits to give themselves a good chance of being financially independent by John’s age 65 (i.e. in three years time). Net worth of about $900,000 and net investment wealth of about $200,000 in 2001 implied that most of the couple’s healthy professional incomes to that time were directed to spending rather than building wealth.

Your wealth is not an infallible indicator of financial independence

So, clearly, strong positive cash flow, that was a product of both higher incomes and a tighter watch on spending, combined with a disciplined approach to investment, contributed to a massive change in the Johnson’s wealth position. It appears to be a great financial planning case study, and is!

But the 2014 net worth and net investment wealth positions don’t tell us anything about where this couple is on the road to their version of financial independence, that will be different to everyone else’s. Net worth and net investment wealth are absolute measures. If the objective is to simply grow wealth as much as possible, that would be all you needed to focus on.

But financial independence is the more enlightened objective of being in a position to finance the lifestyle you want without needing to work. It requires some relative measures to assess progress. In the next article, we discuss the first of these: the Investment Wealth Ratio.