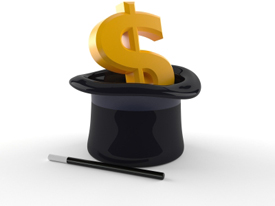 A focus on imputation credits in super only adds to risk

Many investment advisers and accountants who provide advice to self managed super fund clients insist on investing in shares that pay fully franked dividends. We’re not sure why. Perhaps they believe in some magical additional benefit that dividend imputation credits offer super funds. It’s a pretty simplistic approach to investing which has little foundation when you delve a little deeper.

The downside of this lopsided strategy is to sacrifice prudential portfolio management in favour of tax strategy. Most dividend imputation funds have a modest skew towards “value” stocks and while this strategy may pay off (in times when value stocks, such as banks, outperform the broader market), it may just as likely under perform.

A deliberate strategy to skew a portfolio towards “value” stocks may make sense. Unfortunately, most advisers advocating the franking benefit (tax) strategy are doing so without adequately assessing how the implied additional risk sits within the portfolio structure.

As we discuss below, the franking benefit strategy is illusory. It provides no tax advantage, yet results in portfolios that are inefficient in terms of return for risk.

The tax advantage comes from the super environment, not the franking credits

A client once told me there was no sense in moving his personal portfolio into his super fund because he wasn’t paying any tax on his portfolio income anyway. He earned $50,000 of portfolio income each year with around $17,000 of franking credits. The tax payable on this income was $16,750 (at an average tax rate of 25%), which was offset by the $17,000 franking credit, meaning he got a refund of $250. Not a bad outcome in his view.

He was missing out on $6,700 a year (10% of his pre tax income) because he was focused on the amount of tax he paid, not his after tax return.

Too much importance can be placed on issues that are relatively unimportant. Paying no tax is a nice outcome, but it can delude you from focusing on the more important objective of achieving the best after tax return you can.

Franking credits do not reduce tax

Franking credits are illusory and give the impression of paying less tax, yet it’s simply a mechanism to recognise the 30% (company) tax that’s been withheld by the dividend payer on your behalf. That means you receive 30% less in cash dividends (versus an unfranked dividend) and you get an imputation credit to make up for it.

It’s a bit like receiving salary from an employer. You have the tax withheld and receive the net income, and at the end of the year you don’t have to pay any tax. Compare that to being self employed where no tax is withheld during the year but there is a large tax bill to pay at the end of the year. If you earn the same pre tax income in both situations, there’s no difference in your after tax earnings. There is nothing additional created by having an employer withhold your tax (even though you may feel better about not having to pay tax when you lodge your tax return).

The franking system works in exactly the same way. In fact, you could argue that it’s better to have the cash upfront and pay the tax later (via unfranked dividends) than have it withheld upfront (via franked dividends).

This situation arises regardless of your tax rate. So, if an adviser suggests a franking benefit strategy for your super fund, they should be equally excited about recommending the strategy for your personal portfolio. Yet, many super fund investment strategies explicitly emphasise the specific benefits of franking credits within the super fund. It makes you wonder how much thought has gone into the strategy.

Has investing in imputation funds paid off?

As noted above, we would expect a modest “value” tilt to portfolios that have a concentrated exposure to shares that pay fully franked dividends. Over the past decade, the Australian share market returned 8.2% per annum*1, and while true “value” funds out performed this benchmark, the dividend imputation funds that we assessed under performed the market by 0.9% per annum*2. On a tax adjusted basis the under performance falls to 0.4% per annum*3.

These funds provide a good proxy for the performance of a fully franked strategy – a strategy that’s produced a performance drag of 0.4% per annum.

While tax strategies can sound appealing, they need to be able to add riskless value before you even consider over riding the benefits of a well constructed portfolio (with deliberate exposure to known risk factors). The evidence over the past decade highlights the cost of this rather naïve franking strategy.

Great post, wonderful blog… really enjoy it and added it into my social bookmarks. Keep up the good work