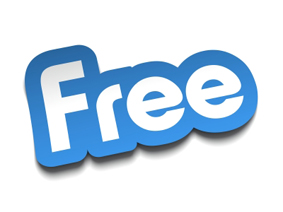 The cost of “free” financial advice

Many people are reluctant to seek out and pay for personal financial advice. Some are just distrustful of financial planners, heavily influenced by the negative publicity that accompanies every financial product disaster. The entire financial planning industry is tarnished by the “bad apples”

But there are many others that can’t see the point in paying for advice because they believe they can get it for free: from family, friends, and the media, including the internet. “Free” is a very strong motivator, particularly if the advice is apparently authoritative and credentialled.

However, almost without exception, any such advice is not personalised to take account of your circumstances, needs and objectives. It also usually reflects the values and attitudes of the advice giver and, as such, is unlikely to be appropriate for you. And, most of the time, there is no accountability for the outcome of the advice, with good intentions the only expectation.

Now, this probably sounds like financial planner scaremongering. And it is. But it is also driven by seeing and hearing about the results of poor and inappropriate financial advice provided by those who just do not understand their limitations.

A particular recent example prompted this article. A friend of my wife, Susan (not her real name), asked if I could give her some informal advice on the appropriateness of her current superannuation fund. Her now ex-partner, David (not his real name), had persuaded her to move her super from a low cost industry fund to a fund of his choice about seven years ago (in 2005).

David is an economist by training and has had broad financial market experience, but not in the area of providing personal financial advice. He likes to share his views with anyone who cares to listen. He would come across to most people as well informed and knowledgeable: a great and willing source of “free” financial advice.

David advised Susan to place her super funds with a reputable, long established fund manager, where he had a close contact. Obviously “bullish” about the future and having a fairly high personal risk tolerance, he suggested she allocate the funds as follows:

On the face of it, a high growth portfolio comprising 15% Defensive Assets / 85% Growth Assets. But this understates the actual riskiness of the portfolio, because the 50% allocated to Australian shares is geared i.e. for each $1 invested by Susan in this fund, it is matched by a $1 of borrowing so that $2 of Australian shares are purchased.

So the 50% allocation to “Geared Australian Shares” actually comprises 100% of Susan’s funds invested in Australian shares offset by a 50% borrowing. The borrowing is effectively a negative defensive asset. Susan’s portfolio is more appropriately represented as follows:

Now, there was no ill-intent in David’s advice and the reality is, despite him thinking otherwise, he had no idea what the future held. But he failed to address Susan’s personal circumstances and preferences. He simply foisted his prejudices, biases and opinion upon her. It was most unlikely that his advice would be suitable for Susan. An objective assessment probably would have revealed it wasn’t even appropriate for him.

Susan knew that she didn’t know much about personal finance and needed help. Unfortunately, David rushed to her assistance, overconfident and unaware of his ignorance, to once again provide evidence that “a little knowledge is a dangerous thing”.

A quick search by us revealed that the chosen fund manager was, and remains, very expensive: in addition to a reasonably small annual member fee, Susan is paying an average 3.38% p.a. on her outstanding balance. Although her previous industry fund doesn’t offer a geared Australian share alternative, as a comparison its most growth oriented option costs about 0.92% p.a. i.e. 2.46% p.a. cheaper.

This cost differential is highly unlikely to be offset by investment outperformance over an extended period. So, inadequate attention was given to controllable costs, either through ignorance or an ill-founded belief in the myth of the genius fund manager.

But what about risk and uncertainty? How aligned was the chosen portfolio with Susan’s attitude to risk, rather than David’s. Susan completed a “Finametrica” risk profile questionnaire before we met to discuss her situation. It indicated a low risk tolerance, with a score less than 85% of all those who had previously completed the questionnaire.

An investment portfolio containing no more than 40% growth assets would be at the edge of her measured risk tolerance. But David had chosen a 135% growth assets portfolio! No wonder Susan was feeling a high level of discomfort with her superannuation fund.

You get less than you pay for!

If David was a licensed planner, Susan would have very strong grounds for complaint (and compensation) on the basis that the advice was totally inappropriate. David may even be prevented from continuing to act as an adviser.

But without any accountability, there are many like David out there continuing to dispense their “free” advice.

The old saying is “you get what you pay for”. The trouble with financial advice is that if you pay nothing, as Susan found, the likelihood is that you will unwittingly be much worse off than just receiving nothing. Your investment wealth may be unnecessarily eroded and the chances of achieving the financial future you want significantly reduced.